From the cube to the hypercube (Schlegel) 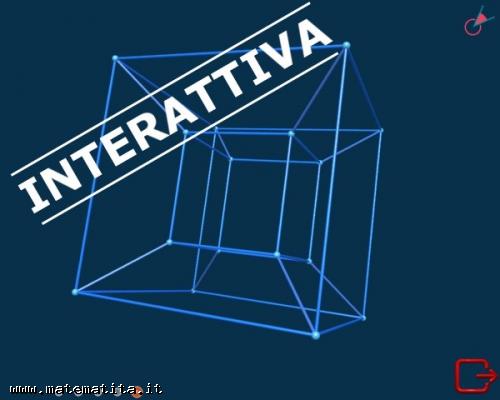 The animation illustrates the prism with whom we get a cube from a square and a hypercube from a cube (in the very first passages of the construction we get a line segment from a point and a square from a line segment).
At every step (apart from the last one) you will be shown the Schlegel diagram of the "new" object, that means a projection of it in a space of smaller dimension, taken from a point of view which is near the centre of a face. So, the square will look like a couple of segments, one inside the other; the cube will be a couple of squares and the hypercube will be represented by a couple of cubes, one inside the other.
You can see this construction in another animation, based on the representation with parallel projection.
See also Beyond the four dimensions.