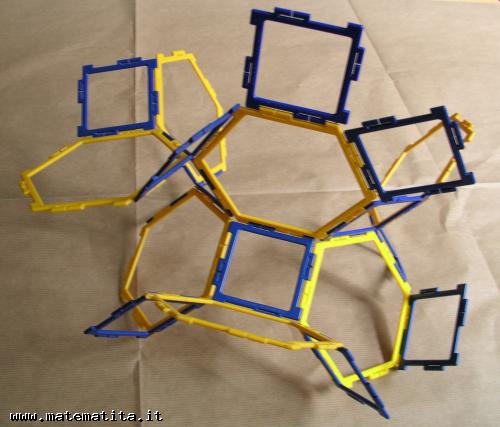 If we take some polygonal tiles and join them so that we have the same disposition around each vertex, we get a plane uniform tessellation when the sum of the angles that meet on a vertex is 360°. If the sum is smaller, we have a uniform polyhedron. In the photo we see the beginning of a uniform hyperbolic tessellation, obtained by joining polygons for whom the sum of the angles that arrive around a vertex is greater than 360°: in this example there are two squares and two hexagons.

The image belongs to the sections...:
Hyperbolic geometry (Other geometries)

Home - Browse the catalog - Other geometries