The problem of Königsberg bridges 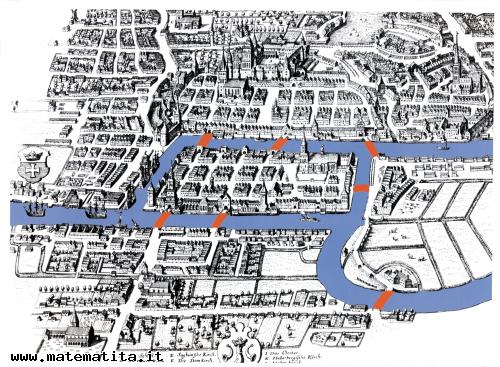 Can we have a walk around the town and cross one and just one time each of the seven bridges?
Image taken from a poster realized by the Comittee for the Internation Year of Mathematics 2000 and published in the survey "Officina della matematica" in the number 1 of the magazine XlaTangente.

The image belongs to the sections...:
Other matters (From "XlaTangente")
Koenigsberg's bridges (Topology)
Images from the topology section (From the exhibitions of matematita)