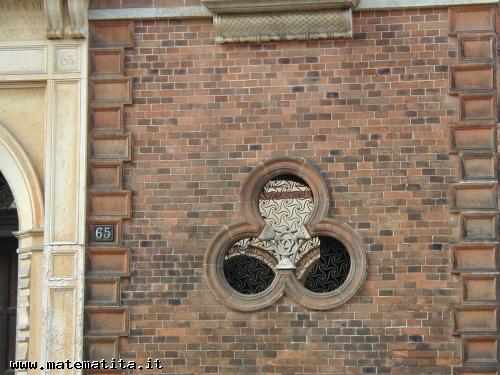 These windows in Corso Magenta in Milan are characterized by the scheme of the Borromean rings at the centre; the whole figure is an example of rosette with dihedral symmetry D3 and the grillwork contains a pattern of type 632.