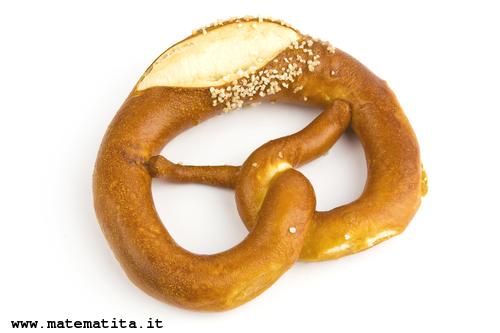 The geometric central element of a bretzel is a braid with two threads, and it is the same of the central element that we can see in the fountain near the fish market, in Streiter street, in Bolzano.
This image has been used in one of the ten maths signposts of the project MIC "Maths in the City", in Bolzano.

The image belongs to the sections...:
Some images of the maths signposts (Exhibitions with matematita)
In the kitchen (Anthology of images)
Braids (Topology)