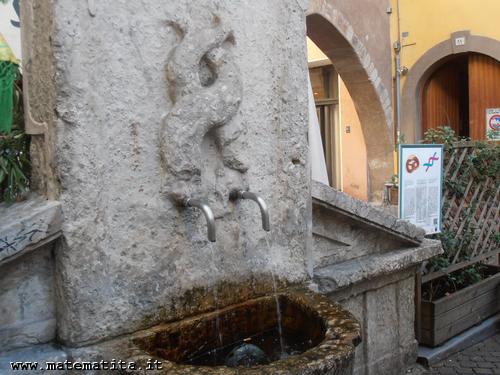 In Streiter street, in Bolzano, near the fish market, this fountain has a central element which is a braid with two threads, exactly the same as the central element of a bretzel.
This example has been used in one of the ten signposts of the MIC project "Maths in the city".

The image belongs to the sections...:
The spots shown in the maths signposts (Exhibitions with matematita)
Braids (Topology)