Two numbers for a knot 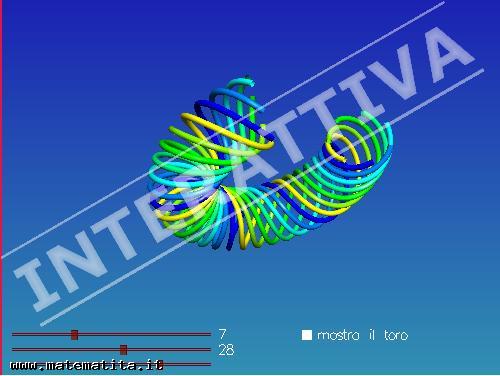 In this interactive animation, you can build up a family of knots (the torus knots, that means the knots that can be drawn on the surface of a torus) that can be identified by two integers. In the animation you will be shown how the knot is determined by these two numbers.
The animation is in the CD matemilano.