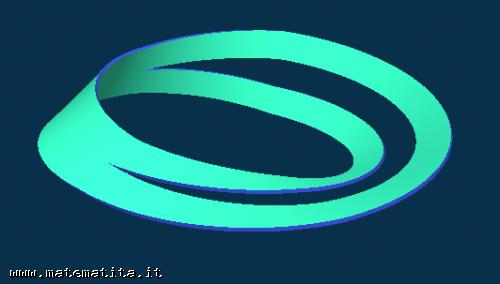 The animation shows what happens if we cut a Moebius strip in two pieces. A moving cursor controls the cutting, while another cursor, that can be moved along a circumpherence, controls the number of torsions that can be make on the band before pasting it. In this way, we can cut not only the Moebius strip (half a torsion), but also a cylinder (no torsion) and various surfaces obtained with 2 or more half torsions. Another animation shows what happens if we cut the Moebius strip in three pieces.