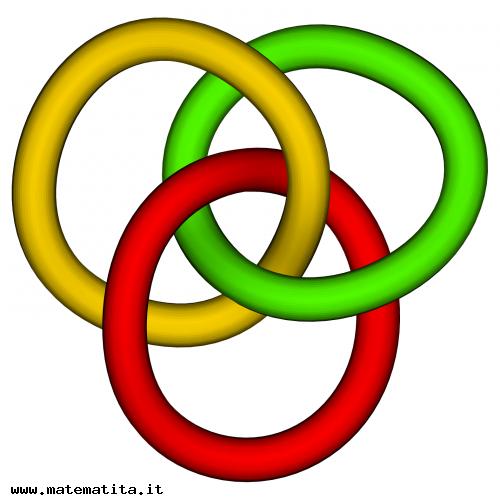 The three-components knot represented in this diagram has the same "shadow" of the Borromean rings, but it is actually a different knot. For example, we can see that each couple of circumpherences is tied together, fact that doesn't happen in the Borromean rings. It is atorus knot of type (3,3). You can see examples of similar knots in this poster of matemilano. See the interactive animation Borromean and non-Borromean rings to understand the difference.
This image has been realized with the computer program KnotPlot.

The image belongs to the sections...:
Images from the topology section (From the exhibitions of matematita)
Three or more components knots (Topology)