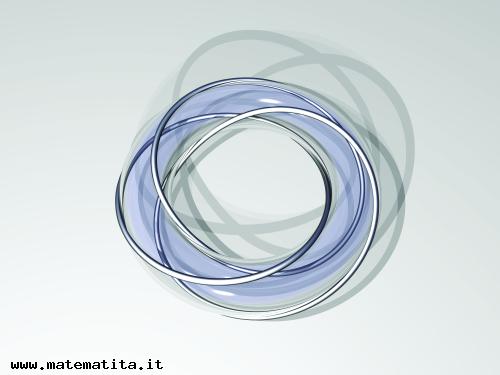 A torus knot of type (3,3). If we want to get this knot, we can take three line segments drawn on a cylinder and roll up the cylinder to form a "doughnut" after having imparted a complete twist. If we give no twist, we have three untied circumpherences. It is a three-components knot that can be disposed so that it looks like the Borromean rings
See also the interactive animations Two numbers for a knot and Borromean and non-Borromean rings.

The image belongs to the sections...:
Images from the topology section (From the exhibitions of matematita)
Three or more components knots (Topology)
Knots described by two numbers (Topology)