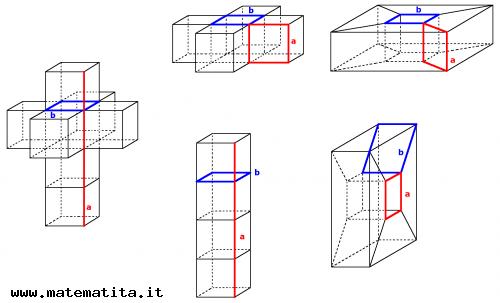 The 8 cubes of the three-dimensional net of a hypercube can be split into two groups of 4 cubes; each group, when 'closed' in the four dimensional space, creates a solid torus. The two solid tori are attached so that a meridian of the first torus (a in the figure) is identified with a parallel of the second one, and a parallel of the first torus (b in the figure) is identified with a meridian of the second one.