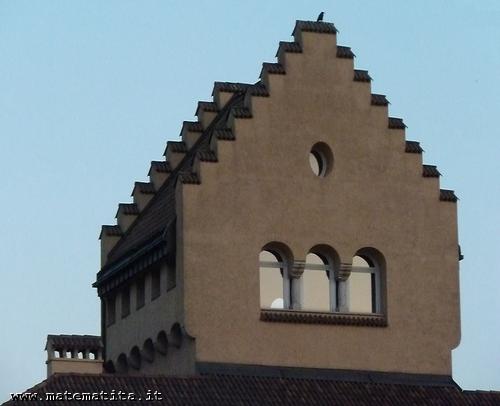 The crow-stepped gable of this building, in Bolzano, recalls a geometric solution to a problem with numbers: what is the sum of the first n odd numbers?
This example has been used in one of the ten signposts of the MIC project "Maths in the city", where the following question is posed: which is the sum of the house numbers on one of the two sides of Streiter street?

The image belongs to the sections...:
The spots shown in the maths signposts (Exhibitions with matematita)
Numbers (Numbers)
Roofs and domes (Symmetry)