The drawing of a dodecahedron on a plane 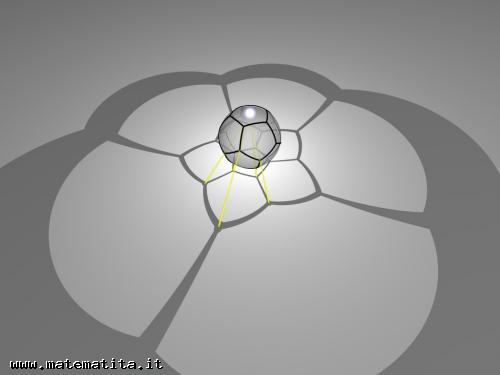 The stereographic projection from the sphere to the plane is obtained by imagining a light on the North Pole of a sphere laid on a plane on the point diametrically opposed (the South Pole). Let’s take a dodecahedron and imagine to project it from the centre to the circumscribed sphere, and then to the plane through the stereographic projection that we have just described.