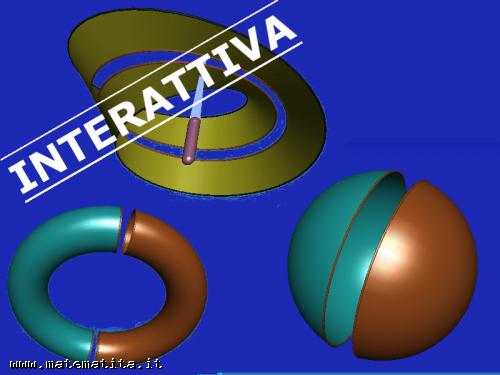 This interactive animation explores a topological property that characterizes the sphere (as well as a plane and a cylinder) among other surfaces, such as the torus and the Moebius strip: we can cut these other surfaces along a closed curve without dividing them in two parts.
You can see also the interactive animation Paths without crossings, where you will find a problem in which this property plays an important part.
The animation is in the CD matemilano.