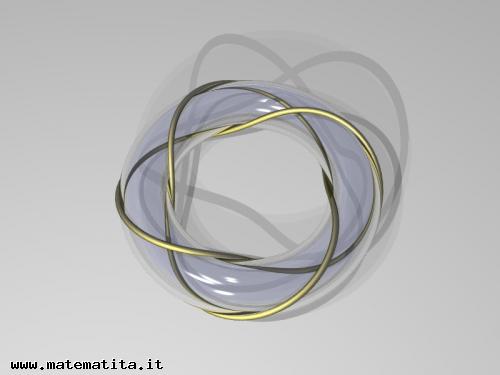 the torus knot of type (2,4) is the so-called Solomon knot: two double-crossed circumpherences. You can see what happens when we increase or reduce the second of the two numbers that identify the knot.
The image has been used at the exhibition matemilano.
See also the interactive animation Two numbers for a knot.

The image belongs to the sections...:
From "fragments of topology" (From "XlaTangente")
Images from the topology section (From the exhibitions of matematita)
Two components knots (Topology)
Knots described by two numbers (Topology)