The six 4-cubes rings in a hypercube 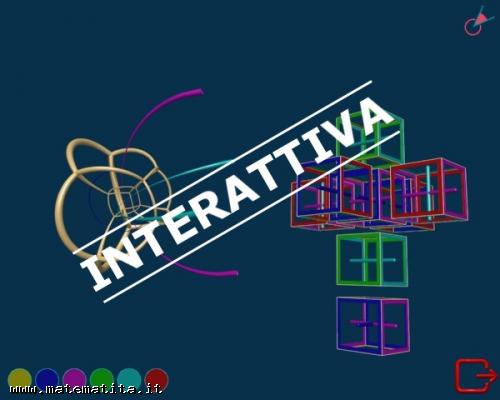 This interactive animation shows the six rings - each composed by 4 cubes - of a hypercube. On the right we see a net of the hypercube, in which parallel faces are put in evidence by the colouring (6 groups of 4 squares each). On the left there's a projection of the hypercube in the space, which is obtained by imagining to "blow up" the hypercube on a sphere (a hypersphere) and projecting the latter on the space. The operation is similar to the projection of a sphere on a plane. The six "paths" that light up (by pushing the buttons on the right) shows the tracks of the six rings of 4 cubes.
See also How to break a hypercube in two doughnuts.